Genocide historian Mike Joseph argues that the International Holocaust Remembrance Alliance definition of antisemitism dangerously conflates anti-Zionism and antisemitism. He collages Jewish voices from Wales and beyond, and draws on his family history to warn Labour and Plaid Cymru that they would harm Welsh Jews by adopting the definition in full.
More of Mike Joseph's work can be found on his website mikejoseph.wales

At first it seemed just another instance of Labour's problems with antisemitism. What should stop Labour from ratifying in full the âinternationally acceptedâ definition of antisemitism?

Then I read the Definition, Guidance and Examples in growing astonishment. The International Holocaust Remembrance Allianceâs code1 should worry everyone, especially Jews. It achieves what generations of antisemitism have not, discrediting the very concept of antisemitism, by weaponising it in defence of the Israeli government.

From the start of its âGuidanceâ, the IHRA prioritises Israel, not Jews. âManifestations might include the targeting of the state of Israel, conceived as a Jewish collectivity.â This Summer, with perfect timing, Israel legislated that only Jews have a right to national self-determination in Israel. The IHRA gives valuable cover to this explicitly racist policy.

No less than seven of the eleven âExamplesâ of antisemitism refer to Israel and to criticisms of Israel, seeking to merge and confuse antisemitism with anti-Zionism. By conflating the two, the IHRA condemns Jewish critics of Israel as antisemites. Ludicrously, the code effectively invites antisemites to perpetrate Example 11, âHolding Jews collectively responsible for the actions of the state of Israelâ.

All these Jews have breached the code:

Gerhard Graf, founding Rabbi of Walesâ only Reform Synagogue. Nearly half of Dr. Grafâs Welsh congregation were German-born refugees like himself. In the 1950s, progressive Judaism was anti-Zionist, in line with the Reform view of Judaism as a religion, not a nationalism. Rabbi Graf was a prominent member of the Jewish Fellowship, the leading Jewish anti-Zionist campaign in Britain, at the time of the formation of Israel. I recall my parents (also German-Jewish refugees) having heated arguments with their Rabbi over Israel. Upset Zionists though they were, they did not go as far as Sheffield's Jewish Labour MP Harry Morris, writing in The Jewish Chronicle, âin their rejection of Palestine as a Jewish state ... Liberal Jews have forfeited all rights to be part of Jewry at allâ.

Dr Graf breaches Example 7, âDenying the Jewish people their right to self-determination, e.g., by claiming that the existence of a State of Israel is a racist endeavour â.

Martin Buber, Jewish theologian, philosopher and leader said in 1947: âA solution giving to either side the right of domination would lead to a sudden catastrophe. The only solution â¦ is the creation of a bi-national state. That is, putting Jews and Arabs together in a kind of condominium â¦ [with] equal rightsâ.2

Aharon Zisling, Minister of Agriculture in Israelâs first government, who signed Israelâs Declaration of Independence in May 1948. My uncle fought in the young stateâs army. In October 1948 he was in Operation Yoav which captured Beersheva, cleared many Palestinian villages and massacred hundreds of Palestinians at al-Dawayima on October 29. Two weeks later Zisling told the Israeli Cabinet âI couldnât sleep all night. I felt the things that were going on were hurting my soul, the soul of my family and all of us here (...) now Jews too have behaved like Nazis and my entire being has been shakenâ.3

Aharon Zisling breaches Example 10, âDrawing comparisons of contemporary Israeli policy to that of the Nazisâ.

Primo Levi, Auschwitz survivor and celebrated witness and documenter of Nazism and genocide, said in 1982: âThis war of Israelâs, this massacre in Beirut, is polluting the image of Jews throughout the world. â¦ Not even raison dâÃ©tat, so often invoked by Begin and Sharon, can justify the Israeli governmentâs most recent decisions. â¦ they should resign. â¦ the whole group governing Israel today look a lot like the ruling classes of other Middle Eastern states â¦ they are adopting the demagogy â¦ that marks out so many rulers in that area. [Begin] was a student of Jabotinsky â¦ who called himself a Fascist and was one of Mussoliniâs interlocutors. Yes, Begin was his pupil.

The present government of Israel risks becoming the Jewish peopleâs worst enemy. â¦ Israel was founded by people like me â¦ Men with numbers from Auschwitz tattooed on their arms â¦ who found in Israel a home and a homeland. I know all of this. But I also know that this is Beginâs favourite defence. And I deny any validity to that defence.â4

Primo Levi breaches Example 5, âAccusing the Jews as a people, or Israel as a state, of inventing or exaggerating the Holocaustâ. He denies Israel the right to plead the Holocaust in its defence.

Daniel Barenboim, renowned musician, wrote in 2018: âThe Israeli Government has just passed a law that replaces the principle of equality and universal values with nationalism and racism. This law states that only the Jewish people have a right to national self-determination in Israel.

We have a law that confirms the Arab population as second-class citizens. It follows that this is a very clear form of apartheid. I donât think the Jewish people lived for 20 centuries, mostly through persecution and enduring endless cruelties, in order to become the oppressor, inflicting cruelty on others. This new law does exactly that. Therefore, I am ashamed of being an Israeli today.â5

... and even myself. Visiting Israel and the West Bank for S4C in 2010, I said âPeople here have no desire to coexist. I fear for the future. Israel is starting to forget the teachings of Rabbi Hillel, who lived in Jerusalem at the same time as Jesus: âThat which is hateful to you, do not do to your fellow.â That is the essence of Judaism. Unfortunately I see Israel doing to the Palestinians the hateful things that were done to them.â6

I breach Example 8, âApplying double standards by requiring of it behaviour not expected or demanded of any other nationâ. Orthodox Judaism expects its followers to adhere to 613 commandments. Of all these, Rabbi Hillelâs is the essence.

The IHRA declaration defames these and all Jews who say that Israel does not act in our name. The code should be seen for what it is, a blatant defence of Israelâs apartheid state.

This September, not only Labour politicians will be voting on the full IHRA definition. Plaidâs MPs too will ask the partyâs National Council to accept the definition in full and unamended. The Jewish Leadership Council welcomed the move: âthrough adopting it, confidence will be created within the historic Welsh Jewish community and in Plaid Cymruâs stance as a party which rejects prejudiceâ.7

In December 2016 Vicky Moller (who was third on the Plaid Mid and West Wales regional list in the last Assembly elections behind Simon Thomas and Helen Mary Jones) co-signed this letter to The Guardian:

Should Plaid vote for the definition, it will do so knowing it gives a win to Benjamin Netanyahu and his racist Zionism; and thereby will harm Welsh Jews. 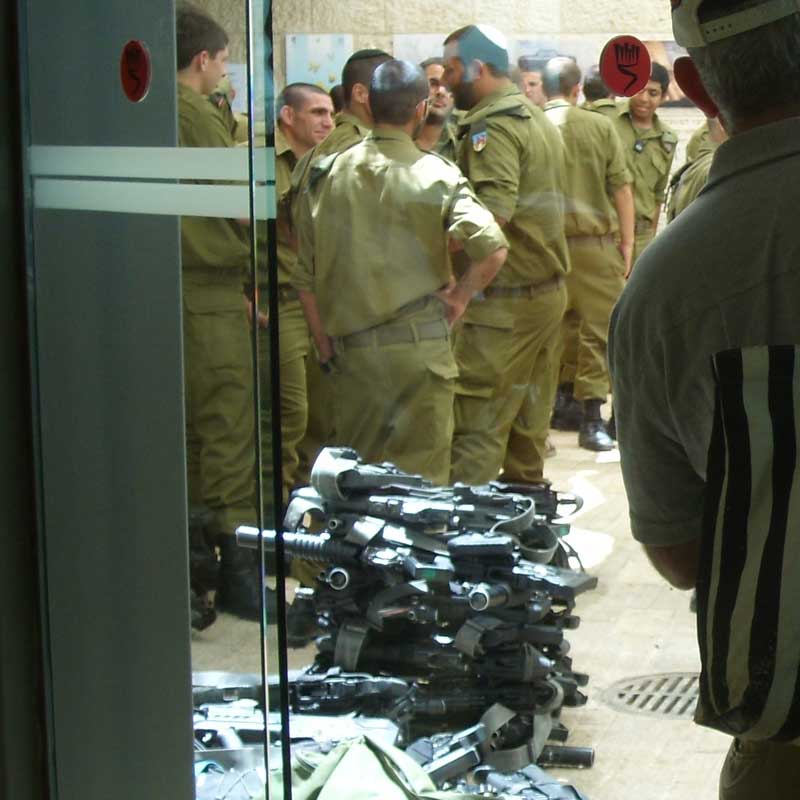 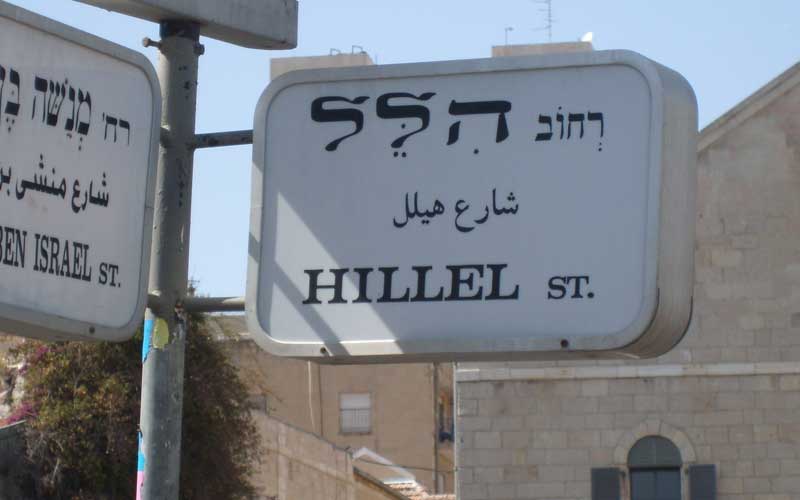 Mike Joseph is a broadcaster, writer and historian of genocide. He is an Honorary Research Associate at Swansea University and member of the International Network of Genocide Scholars.

As Jews worldwide become increasingly critical of Israel, Mike Joseph draws on his familyâs history as German-Jewish refugees, recently published secret Israeli documents, and original material on the Sabra and Shatila massacre to argue that Christians played a vital role in the development of Zionism, that Christians planned with Israel to perpetrate the 1982 massacre of Palestinians, and that Christians are now are seen as Israelâs most reliable supporters, with a pivotal role for Welsh MP Stephen Crabb.

All Mothers Are Working Mothers

Catrin Ashton on the impact of an unusual gift to celebrate the birth of her daughter: a 1970s pamphlet by Marxists who led an international campaign for stay-at-home mothers to receive a wage. She argues that mothers in lower-income families have been let down by both capitalism and socialism, and details why the pamphlet is more relevant than ever for contemporary Wales.

By Daniel G. Williams. This is the twenty-seventh contribution to our Welsh Keywords series â inspired by Raymond Williamsâ Keywords â which offers contemporary perspectives on contested meanings of words in Welsh and how these shifting meanings continue to shape our society.

âA Magnificent Badge of our Subjectionâ? Castle Tourism and the Histories of Wales

Mary-Ann Constantine traces how representations of Walesâs castles have revealed painfully contested ideas about Welsh history, from eighteenth-century watercolours to 2017âs infamous âIron Ringâ. She argues that ultimately what is at stake is ownership of both the past and the land, highlighting the enduring power of the Crown Estate in Wales.