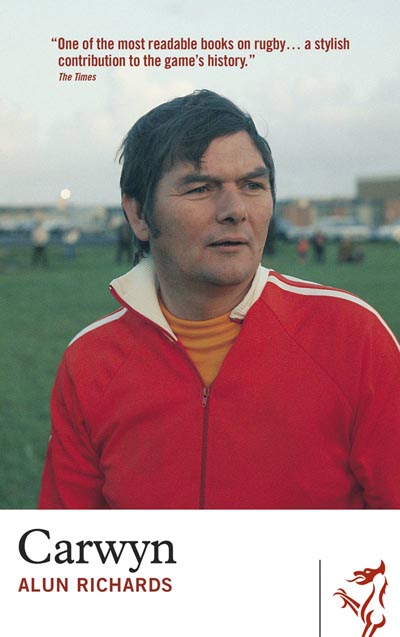 âCarwyn Jamesâ, remarks Alun Richards, âwas a boring topic to Carwyn James.â More stimulating to him was âyour latest novel, your new programme, the remark made by so-and-so to so-and-soâ. Yet the tendency to deflect conversation away from himself and back on to his interlocutor was not only a form of personal reticence; rather, it was crucial to Jamesâs entire outlook. Time and again, the Carwyn who emerges from the pages of Richardsâs biography is the listener, the observer, and â crucially â the thinker. Preparing the 1972 Llanelli side before taking the field against the touring All Blacks, James demanded that his players âThink about it! Think about it! Think about it! Itâs a thinking game!â The Welsh flanker John Taylor talks of James âtreating the game as an art form, a great combination of the aesthetic and the competitiveâ. âHe just made you thinkâ, remarks Gerald Davies. The dossier he prepared on the players and provinces of New Zealand ahead of the 1971 British Lions was hailed as part of a pioneering, professorial approach to coaching. Tour captain John Dawes put him âon a different plane to other people. He was ever learning.â Team talks were thoughtful and studious, not tub-thumping or aggressive.

Tomos Owen is a lecturer in the School of English Literature at Bangor University, where he is co-director of the MA in the Literatures of Wales.