A Welcome out of the Darkness:
Rebuilding Common Values after Brexit 05.07.17

In a follow-up piece to his previous Planet Extra article, Counsel General for Wales
Mick Antoniw AM draws on his experience of growing up in the Ukrainian refugee Ã©migrÃ© community, and his work as a member of the EU Committee of the Regions, to explore how Wales could retain connections with Europe, and sustain common values of solidarity, peace and equality. 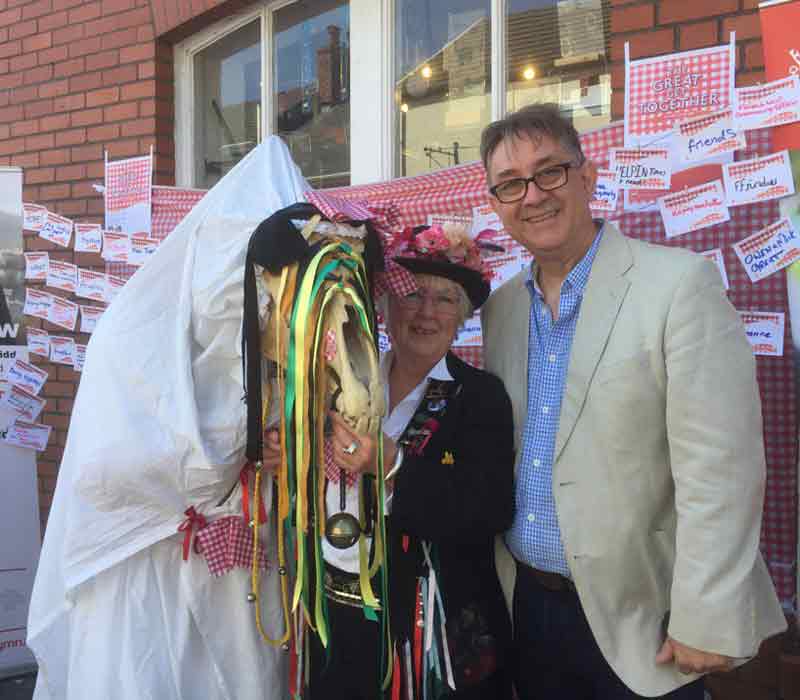 The outcome of the recent EU referendum was a deeply saddening experience for me. As referendum voting day approached, there was a growth in anger, hostility, and outright racism in a small but nevertheless significant number of people. The overwhelming majority of people I meet as an Assembly Member are decent, hardworking and reasonable people and the unpleasant face of bigotry and racism that began to emerge is not typical. There were many who had genuine concerns about issues such as immigration and sovereignty. Nevertheless, a small but significant minority were clearly emboldened in expressing themselves in ways that would previously have been regarded as offensive and unacceptable. In an even smaller minority there was even the threat of violence, particularly from the so-called keyboard warriors on social media. It is my firm belief that it was this furore that led to the brutal attack and murder of Jo Cox MP a year ago

Contrast this with the recent events in Joâs name. All over the country during the âGreat Get Togetherâ thousands, if not millions of people came forward to express our common belief in solidarity with our communities and our fellow citizens, whoever they are and wherever they have come from. The demonisation of immigrants, refugees and foreigners in general was fuelled by a vicious, irresponsible and out-of-control tabloid media. Yet while this was happening, while this darkness grew, many expressed the most wonderful welcome and generosity towards the Syrian refugees.

I recently met some of these refugees in a church in Pontypridd. Many had fled terrible war experiences, were overjoyed to have escaped to Britain and just wanted the opportunity to become part of our society; to use their skills to make a living, and above all for their children to have the opportunity of a decent education. 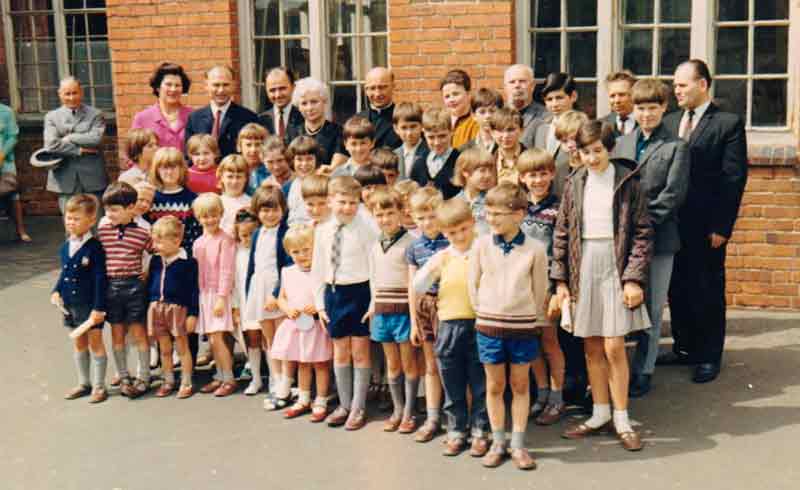 I felt a clear empathy with them. They reminded me of my childhood and the refugee Ã©migrÃ© community I was brought up in.

My father was a refugee from Ukraine. When he fled to Britain, like most Ukrainians he spoke little English. Like most refugee groups, they gathered together to form associations and communities in places such as Senghenydd and Morriston. They gave support to one another, preserved their culture and language, but above all were so grateful for the refuge, the safety and security provided to them by the British people. 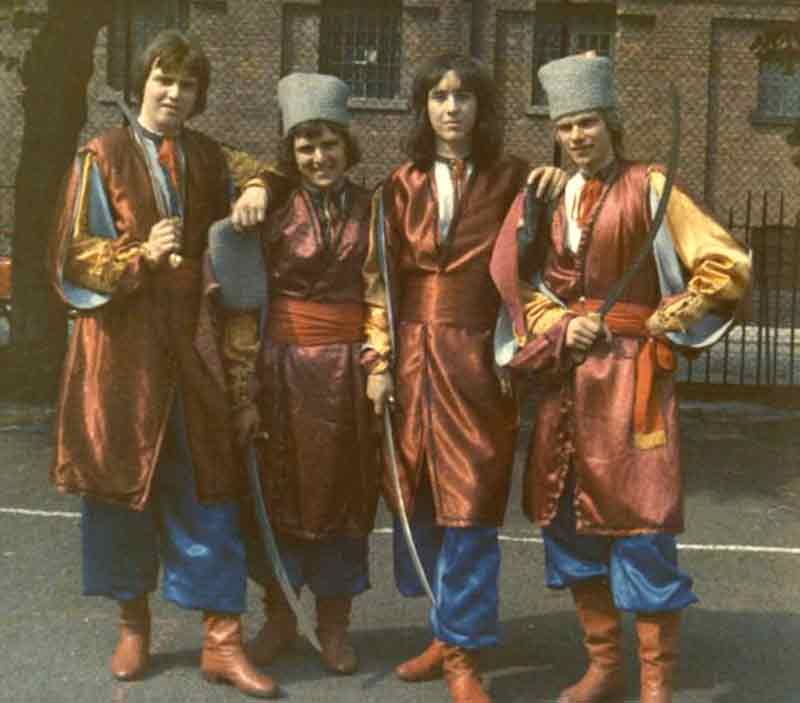 Many of them had also suffered terrible war experiences, some having experienced imprisonment and torture and even slave labour. Most had no contact with their families and never would until after the collapse of the Soviet Union. For many, their families were among the 12 million Ukrainians who died during the war or among the hundreds of thousands deported by Stalin as part of his policy of ethnic cleansing.

In all relevant ways, they were no different from just about every other group of refugees who have entered our country and neither was I.

So how is it that we have lost sight of our common interest with so many peoples and countries? Why have our values and our real priorities become so confused? How did we lose sight of what is really important?

As a representative of Welsh Government during my tenure as a member of the EU Committee of the Regions and their EU task force on Ukraine, I was able to experience at first hand the benefit of countries being able to engage and collaborate with their counterparts at a regional, city and local government level, develop partnerships and explore solutions to common problems. The issues facing people, and in particular the younger generation, from countries as far afield as Azerbaijan, Georgia, Moldova, Belarus were no different nor were their aspirations. Participation in the CoR gave Wales its own voice in European affairs, its own access to the Commission and engagement with many other countries and their peoples at pan-European and inter-regional levels. A challenge for Wales in a post-Brexit world will be how we might be able to continue this participation, perhaps through an observer, visitor or associate status.

I was in Kiev just after the referendum; people were genuinely shocked at the outcome. They could not understand why we would choose to turn our backs on a Union that had contributed so much to the preservation of peace in Europe and facilitated a relatively bloodless transition for many former East European countries to the early stages of democratic government. 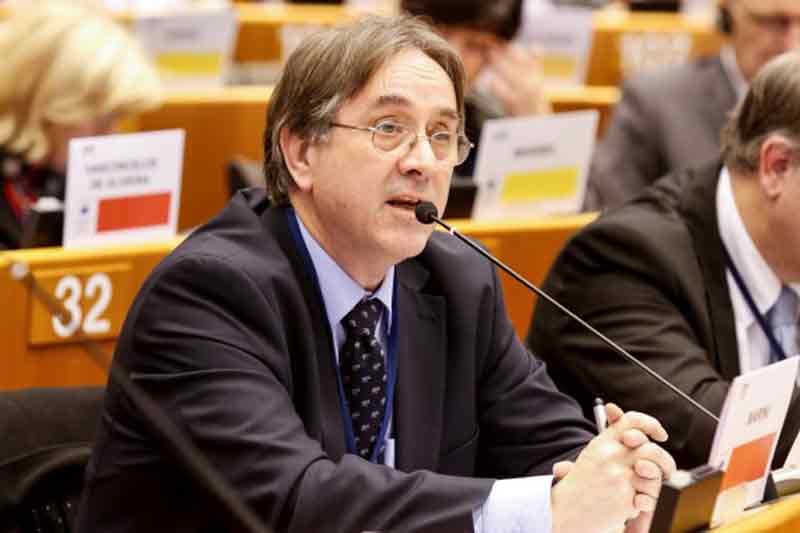 And of course they are right. While we were obsessed with concepts of separation, purported sovereignty, dreams of former imperial glory and a growth of British nationalism, they were concerned with peace, stability and avoiding conflict. They understood the scale of the economic and social consequences and legacy of war in a way which even we cannot imagine.

In reality, what we have forgotten is that ultimately we are all the descendants of immigrants and refugees, whether Italian, Asian, African, Slav, Irish, Scottish, English, Viking, Stone Age hunter-gatherer or whatever . All our histories have in some way been blighted by war and economic turmoil, and all our futures and ultimate economic prosperity will be determined by our ability to engage with other countries in trade, culture, art, music and even just socially, in an environment of peace, collaboration and friendship.

If there is one pre-eminent common battle we face, it is the fight against inequality. If there is one common feature in all societies that leads to instability, social conflict and war, it is the growth of inequality and the concentration of wealth in fewer and fewer hands, to the extent that I do not believe that our global society can survive in the long term, where one per cent of the population own and control as much wealth as all the other 99 per cent!

Our future will be determined by our ability to join together, recognise our common humanity, our common interest and build a fairer and more just society. There are those who want to build walls, whether it be the Donald Trump type wall, or the wall of economic and social division and separation, or the wall of narrow nationalisms which seeks to focus on our differences rather than what we have in common. 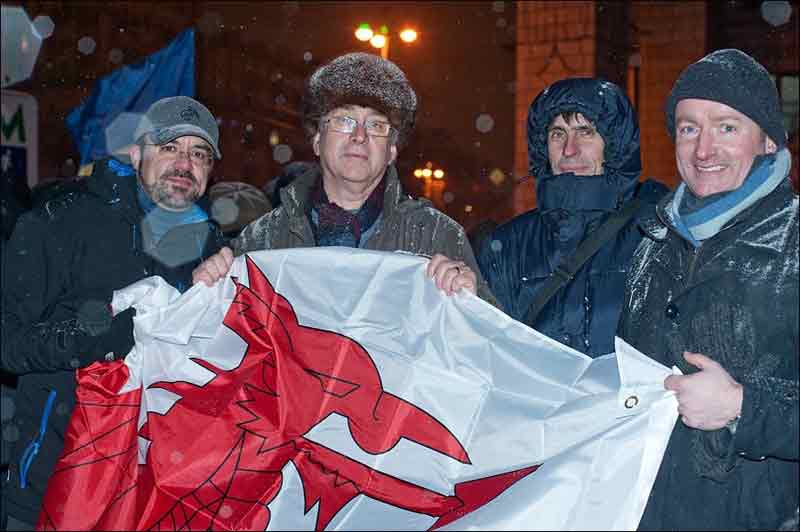 Mick Antoniw in Kiev on the Maidan (central square) with members of the Committee of the Regions during the revolution. Â© Mick Antoniw AM

We pulled down a lot of concrete walls in 1989. What we need to do now is save ourselves from what Bob Marley described in his songs as mental slavery, and dismantle our psychological walls and prejudices.

Despite recent despicable events and tragedies, there is considerable cause for optimism. The emergence of a new narrative based on hope, community and justice is emerging and beginning to take hold together with the empowerment of new generation of young people interested in politics, interested in our world and our collective future, unburdened by the prejudices of the past, for whom the slogan âfor the many, not the fewâ had real resonance. This is the real success story of the recent general election. I think the community I grew up in would recognise this narrative as more typical of the British values they saw when they arrived on these shores, than the recent ones epitomised in the tabloid newspaper headlines. It is these resurgent values of common humanity that give us all hope for the future.

This article is written in a personal capacity.

Mick Antoniw is the Labour Assembly Member for Pontypridd. Prior to being elected to the Assembly, he worked as a Trades Union lawyer for over 30 years. He currently holds the position in the Welsh Government of Counsel General. He has written this article in a personal capacity.

Brexit: How to repair a broken public sphere?

Dan Evans gives his perspective on what needs to be done to rejuvenate Walesâs public sphere, the weakness of which was revealed by the shock felt by many at the referendum result. He argues that for there to be meaningful dialogue which speaks truth to power, the dominance of Labour-affiliated intellectuals throughout society first needs to be addressed.

Plaid Cymru: An Alternative to Punch and Judy Politics

Sioned Williams draws on her experience of campaigning for Plaid Cymru. She details the challenges faced by Plaid in June, due to the assertion of an increasingly âgladiatorialâ two-party politics, and the alternative Plaid offers should Labour fail to stand up for the Welsh economy as the UK leaves the EU.

Rhodri Morgan and the Story of Wales

Howard Williams gives a tribute to Rhodri Morgan, and offers his wider reflections on how the former First Minister contributed to bringing together polarised political and cultural factions in Wales, following the âzero hourâ of the 1979 No result for devolution, and what this meant for the emergence of Wales as a distinctive political community.

Hanef Bhamjee gives an account of the philosophy, logistics and strategy behind the success of the Welsh Anti-Apartheid Movement, and how the organisation contributed to a victory for anti-racism, as well as uniting disparate factions within Wales. What can this story offer us now, as new networks mobilise against racism and injustice?

An Obituary of Joan Baker