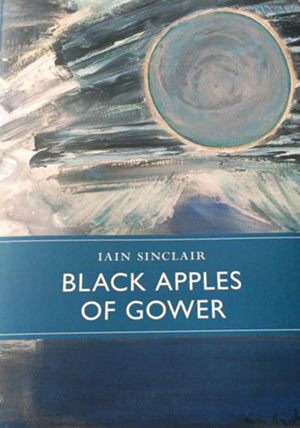 If thereâs anyone who has brought psychogeography down from its earlier life in the stratospheric reaches of the avant garde, then itâs Iain Sinclair. Sinclair has turned Debordâs dÃ©rive from an ambient urban amble into a whole metropolitan reimagining complete with invented maps, unknown histories and startling outsiders. Beginning with a tracking of the lines of power running across London in Lights Out For The Territory Sinclair has gone on to circumnavigate the M25 in London Orbital, encircle the ginger line in London Overground, disembowel his home turf in Hackney, That Rose-Red Empire, and to follow John Clare across the wastes of Essex in Edge of the Orison. Now he has turned his attention to somewhere nearer his birthplace with a walk across rural Gower.

Sinclair was born in Cardiff (1943), spent early years in Maesteg before leaving for Dublin, and seems to have been in retreat from Wales ever since. His earlier and reluctant pilgrimage across the Black Mountains and into south Wales, ostensibly in search of Walter Savage Landor in Landorâs Tower, failed to present the land of his birth in an appreciative light. But in Black Apples Of Gower everything has changed.

Peter Finch is a poet, psychogeographer and literary entrepreneur living in Cardiff. His latest book is The Roots of Rock From Cardiff to Mississippi And Back published by Seren.