Review: The Greasy Poll
From Planet 224 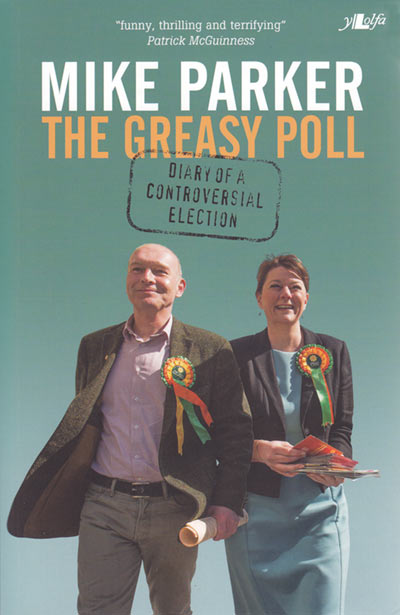 An account of a failed 2015 General Election campaign should be about as relevant â and riveting â as the deficit. That, however, would be to underestimate Mike Parker: a mistake made repeatedly in this entertaining and compelling book â not least by its author.

It was an arguably lateral decision for this gay freelance journalist, TV presenter, comedian and adoptive Welshman to stand as Plaid candidate for Ceredigion against the incumbent LibDem. Certainly Parker makes a number of newbie goofs â taking to Twitter after a drink; a naivetÃ© about the emotiveness of the Welsh language issue, responding too readily to journalists. And Parker clearly chafes against the Plaid party machine, the results of which can be funny (Plaid managersâ obsession with his earring), insightful (the unreliability of the partyâs âtargeted canvass sheetsâ) or painful (Parker keeping quiet at a meeting about his beloved Aberystwyth-Carmarthen rail line because he doesnât want to be a political tart).

Toby Manning is a writer and teacher based in Snowdonia. He is currently writing a book on John le CarrÃ© and the politics of the Cold War.