Eluned Gramich draws on her experience of accompanying her German father to his citizenship ceremony in Cardiff to reflect on the uncertain fate of EU nationals in the lead-up to Brexit, and on the cultural and philosophical roots of citizenship itself. How do experiences of citizenship (and exile) differ around the world?

âAs soon as someone says of the business of the state â âWhat does it matter to me?â - then the state must be reckoned lost.â.
Jean-Jacques Rousseau, The Social Contract

After thirty years in the UK, Vati (Dad) is on his way to becoming British. We arrive for the ceremony an hour early, naturally, because who would turn up late for their own citizenship ceremony and risk losing everything? It was scheduled for eleven at Cardiffâs Mansion House: a grand, neoclassical building encircled by black gates, half-concealed by bushes. The paisley-carpeted hallway gave way to an imposing staircase and opulent rooms fitted with chandeliers, porcelain, paintings of George V astride a First World War battlefield, busts of Field Marshals, aristocrats and portraits of princes and corgis. All around us were emblems of the British state. 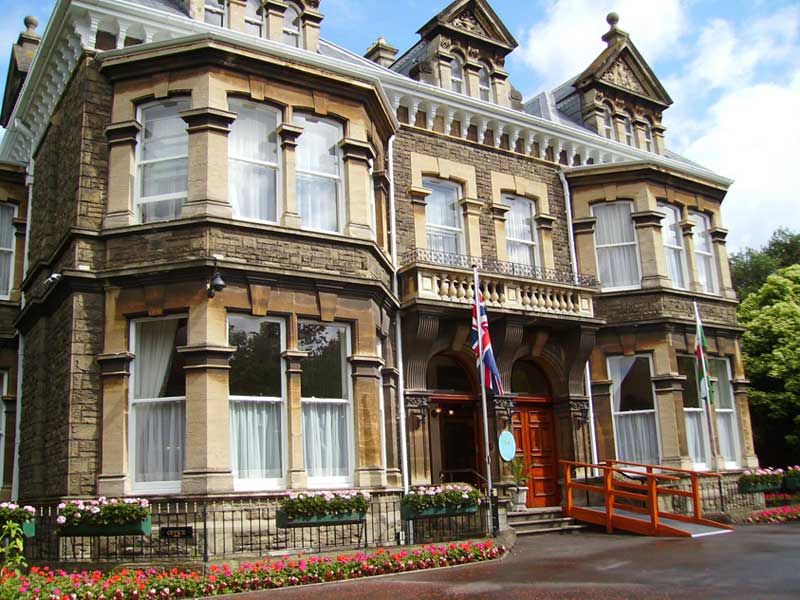 Mansion House in Cardiff, the venue for the citizenship ceremony. Photograph by Seth Whales.

Eluned Gramich is a writer and translator. Her memoir of Japan, Woman Who Brings the Rain, won the New Welsh Writing Award 2015 and was shortlisted for the Wales Book of the Year 2016. She currently lives in Aberystwyth, where sheâs working on her first novel.