When Huw Williams was asked to write something on the Assembly elections he found inspiration hard to come by, until he pondered the implications of UKIP success. 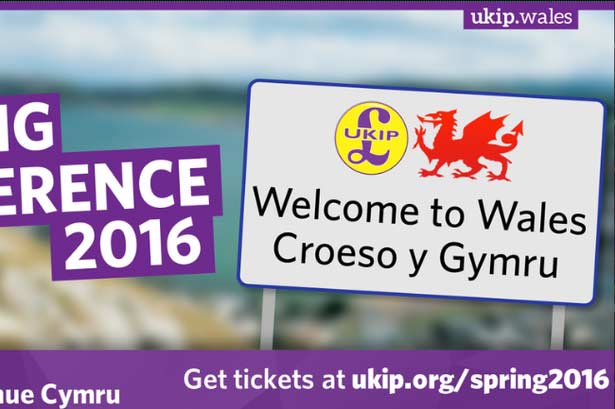 In teaching political theory, there are good reasons for not turning to textbooks too often. They can often simplify to the extent that important nuances in philosophersâ ideas are lost. However, on occasion, there is nothing better for conveying important ideas with clarity.

John Hoffman and Paul Graham, in their work An Introduction to Political Theory, suggest a number of defining characteristics: it is an anti-liberal, arch-nationalist ideology, xenophobic and often racist, which thrives on fear and poverty, advocating populist policies and often purporting to be anti-capitalist, despite working hand in hand with business. Unfortunately, these characteristics are increasingly prevalent as we witness the rise â both on the Continent and Stateside â in politics of a certain brand, exhibiting beliefs on the further reaches of the political Right. Indeed, with the very welcome exception of extolling violence, would such key characteristics be ascribed to UKIP, to a greater or lesser extent?

When we wake up on Friday morning, and take a collective look at ourselves in the mirror, we will be living with the reality that UKIP that has gained a substantial foothold in the Senedd. This should be a heartbreaking prospect for Welsh politics and Welsh citizens, yet for the most part it seems to be met with equanimity and a shrug of the shoulders by the public and the politicos alike. How did we get here? How have we allowed this virus to infect our democracy without a proportionate reaction to the symptoms?

We must all take our share of the blame; individuals can often take an effective stand, as two academics, Richard Glyn Roberts and Simon Brooks proved, with their very public intervention in a UKIP meeting in Porthmadog.

However, it is galling that the political establishment appears to have âdomesticatedâ UKIP by failing to hold them to account, giving them an easy ride and treating them as if they were any other party. In one respect we might assuage our guilty conscience by noting how they came to prominence with the aid of an Eurosceptic London press, which allowed them the oxygen and faÃ§ade of respectability to thrive, leading in turn to such a resounding success in the EU elections.

Yet that would be to reject responsibility in a disingenuous manner, for despite a few notable exceptions, UKIP have been allowed to fester away â and this in spite of the fact that in the context of the Welsh elections there are even more significant grounds for the other parties to train their sights upon them. For what on earth, might we ask, are a single-issue party dedicated to extricating the UK from the EU doing, trying to get members in the Senedd, with the holy grail of a referendum only a month away? Their involvement in Assembly politics is especially absurd considering one of UKIP's member's less than flattering view of the people of modern Wales: 'The Welsh â if by that we mean those British subjects who now live in the geographical unit we call Wales â are not a people.'

Some will protest that they are a legitimate political force representing an important undercurrent of frustration and protest against the established order â that everyday people are voting for them for justifiable reasons and as such they require respect.

Frustration there may well be, but the proper response would be to expose the hypocrisy and contempt for Wales that lies at the heart of the party, and to demonstrate how the established parties can speak to the concerns that have caused this groundswell in the first place.

Politics is not an easy world to be part of, and I am loathe to criticise those who â unlike myself â are ready to stand up and be counted. However, it seems the other parties could have done themselves and the democratic process a world of good by taking on UKIP more robustly, defining themselves against their politics and trying to energise the Welsh electorate in the process. Instead, despite the efforts of some, we have endured another tepid campaign where core political values and ideas have appeared to be at a premium.

And where some attempts have been made to stem the tide, the reaction has been shamefully reticent. It is regretful that my own party, Labourâs response to Mike Sullivanâs courageous move to publicly support a second vote for Plaid Cymru was less than encouraging. That should have been the clarion call for a collective response. A second more robust attempt this week by a larger group of Labour grandees was admirable and met with the proper reverence, but this is seemingly too little too late.

As it is, a small country with huge pride in its left-wing roots and internationalist tradition, is left with the prospect of UKIP in its Assembly. Our only consolation is that we have five years to expose this nauseating group for what they are â let us hope the political establishment is up to the task.

Huw Williams is an academic and author, with research interests in egalitarian political philosophy and the history of ideas in Wales. His volume, Creodau'r Cymry, will be published by UWP in July, and he is also a co-author of the upcoming publication Global Justice: The Basics, with Routledge.

The Power at the Top of an Article

Dafydd Prys on the power at the top of an article.