Creative responses to Planet magazine by students from the School of English, Communication and Philosophy at Cardiff University

In the piece below, third-year undergraduate Kathryn Morgan responds to themes of family, belonging and nostalgia in recent issues of Planet, drawing on her family history as a grandchild of Welsh emigrants to Canada and her current experience of living in Cardiff. For more information about our recent issue see our excerpts pages.

For more information about courses at ENCAP click here.

Squashed into the back of my Dadâs car with the rest of my siblings, we cross the border from our hometown of Hereford into Wales on one of our annual camping trips, and Dad makes the usual remark that we are âentering the land of our fathersâ. Our youthful ignorance and the familiarity of the phrase mean that the words travel over our heads and out of the car window. We continue to argue about leg space. Only later, as an adult, sifting through the pages of Planet, do I pause to think about those worn-out, fondly spoken words. My father was of course referring to our Welsh ancestry, specifically to our grandparents, who were raised in the heart of the Valleys and later emigrated to Canada to become successful farmers. Born and raised a fully-fledged Canadian citizen until I emigrated to the UK as a child, it was always puzzling to me that my father should feel such affinity with Wales.

The piece in the recent Planet issue that started this train of thought and produced this echo of my fatherâs words was âTaking Back Chicken Mountainâ by Rachel Trezise, an interesting amalgamation of nostalgic memoir, family history, and Walesâ cultural and political history. By connecting territorial battles and economic hardship with childhood images of âpass the parcelâ and a landscape âswaddled in a cotton-woolly ground mistâ, Trezise demonstrates how past, present, and place are interchangeable, cyclical, and inseparable. Each connects to the other: the chicken to childhood, childhood to the land, and the land to Welsh history and economic inequality. As Rachel unearths her childhood toys amongst holly and rhododendron, she is also unearthing her family history and the history of the land itself. By some primal instinct she agrees to bring chickens back to the cottage regardless of their lack of profit. The connection between Rachelâs story and my fatherâs is that element of instinct, and a longing to be reunited with a past that isnât entirely oneâs own. This is reflected in the way that Rachel continues her grandfatherâs struggle, and eventually succeeds in gaining ownership of the land her family had tended for so long: âwhen the news came that the Land Registry had transferred the deeds of the land into my name it felt like a postscript.â

In an attempt to understand the phenomenon of nostalgia in a Welsh context, I turned to the Welsh Keywords series in Planet. In the 2013/14 Winter issue of Planet, T. Robin Chapman explains the history and meaning behind the word âhiraethâ. Rich with historical significance, âhiraethâ began its lexical life as a word associated with the death of a fallen ally in times of war. It is a word that is as connected to economic power and political authority as it is to âan enduring human feelingâ similar to that of nostalgia. Chapman claims that it is something âessentially Welsh,â and during my research I found his description of âhiraethâ to be compatible with the sentiments expressed in other Planet articles and my own discussions with Welsh academics. After reading the piece by Chapman, a mature student studying for his masters and attending a Planet group discussion I organised agreed that âhiraethâ applied to his own feelings towards Wales. He returned to Wales, the land of his fathers, as a young adult and instinctually felt at home. He turned down an offer at York and chose to study at Cardiff. I had a similar experience myself when I began studying for my degree in Cardiff. Perhaps this is simply the result of living in a border town, so close to Wales, but I am inclined to believe it goes much deeper. In my discussion group, the consensus was that the sensation is better described by âhiraethâ and the description that Chapman so aptly quotes from Brendon OâMalley, âthat certain nostalgic yearning for our true spiritual homeâ.

In an article called âRunningâ, published in Planet in 2015, Catrin Ashton expands upon this emotional connection between memory, land, and ancestry. Here she demonstrates how the history of Wales is relevant to her past, present, and future. She recalls running through the Welsh hills and mountains when she was pregnant with her daughter; the history of the land and the history of her family appear equally relevant to who she is and why she runs. Ashton recalls racing with her school friends as a child, and later recounts the story of Brychan Brycheiniogâs daughter, who ran away to escape an arranged marriage. Ashton decided to name her child after the runaway daughter, essentially solidifying the connection between Welsh history and landscape with personal history and family. Perhaps in this way, âhiraethâ can be passed on to the next generation. I would venture to guess that her daughter also feels a sense of nostalgia and peace when she looks at the Welsh landscape.

As a child, staring at the valleys of Wales through the window of the car and watching the clouds threatening floods, my fatherâs words did not stir me to passionate patriotism, but the landscape certainly did and always will. It is as an adult, discussing these impressions with others and reading the work by Ashton, Trezise, Chapman, and other writers in the pages of Planet, that I can fully appreciate Wales as more than just a small nation tucked into the corner of the UK. The complicated emotions and personal history that connect us to this land serve as a microcosm for the people of Wales as a nation. The patriotism, the close communities, and the respect for the ancient land itself can be seen on a smaller scale in the way Trezise raises her chickens, Ashton respects tradition and history, and my father reflects fondly on a homeland that was never directly his. And so, with feelings we can hardly articulate and a history that ultimately binds us, we cross the border into âthe land of our fathersâ. 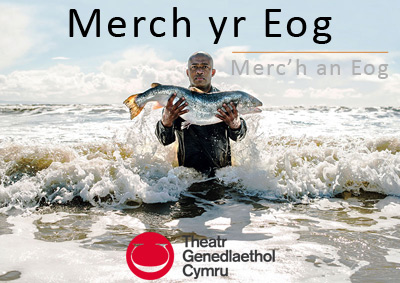